The artist Barbara Hepworth is remembered as many things by many people. As a sculptor she is cited as a trailblazer of modernism. As a woman wielding a chisel against huge blocks of stone at a time when women just didn’t do that sort of thing, she is celebrated as a feminist heroine and a trailblazer for female artists worldwide. And, as a person with an extraordinary work ethic and dedication to her craft, she is largely thought of as one of the most collectible and prolific artists of her generation.

Dame Jocelyn Barbara Hepworth was born in 1903 in rural Yorkshire, England. Contrary to the norms of Edwardian family life, her father was determined to get as an good education for his daughter as he did for his sons, so Hepworth was sent to a decent school before being awarded a scholarship at the Leeds College of Art and moving on from there to London’s prestigious Royal College in 1924. Establishing herself quickly, she worked continuously from then until her death in 1975. Today, her work is found in public places around the world – including a 21 foot sculpture outside UN Headquarters in New York – and is currently subject to a major retrospective at the Tate Modern in London.

From the get go, Hepworth’s world was one entirely consumed by art – in both a personal and professional sense. At Leeds, she met the artist Henry Moore. They enjoyed a friendly rivalry throughout their careers, and, together, would change the face of modern sculpture, redefining it through their instantly recognizable primitive shapes and pierced forms. Hepworth’s first husband John Skeaping was also a well-known British artist, and her second husband was the painter Ben Nicholson.  As a woman in an almost entirely male dominated world, she had to fight her way to prominence, crashing through hitherto ironclad barriers in a way that was nothing short of revolutionary. Also en route, she became a mother to four – giving birth to a son with Skeaping and triplets with Nicholson. Throughout her life, however, she hardly flinched from her mission as an artist. “I found one had to do some work every day, even at midnight, because either you’re professional or you’re not,” she once explained in customary matter of fact style.

It wasn’t until the outbreak of World War 2 that Hepworth first visited the sleepy fishing village of St Ives on the Cornish coast of England, the place forever now associated with her name. Home already to an artistic community drawn there by its romantic landscape and kindred spirits, she made it her home in 1949, living there until her death aged 72 in a fire. Her house and workshop was Trewyn Studio, a collection of higgledy-piggledy whitewashed buildings tucked away in the midst of the town’s winding streets. “Finding Trewyn Studio was sort of magic. Here was a studio, a yard, and garden where I could work in open air and space,” she said of her discovery.

Hepworth’s studio, garden and small main house all served as interlinking and interrelated workshops, with living space came secondary to artistic endeavor in her beloved home. By the end of her life, she kept just one room to live in, whilst the rest was dedicated to her work. Preserved as a museum and kept pretty much as it was during her lifetime, visitors to Trewyn Studio today find her it brimming with tools, huge slabs of stones still waiting to be moulded in the corners, her artists’ smocks still hanging expectantly on the doors. The focal point is her garden – a real source of pride for Hepworth, it acted as a sort of living room furnished with all her own sculptures and exotic plants. Today, it holds some of her most famous works, pieces that overawe visitors with their stature and beauty.  Much like the place she called home and will forever be associated with, Hepworth’s work and life are as starkly beautiful, groundbreaking and impressive to encounter today as they were in her trailblazing days back then. 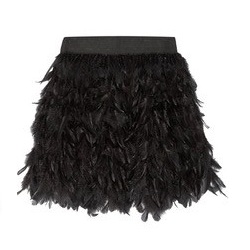 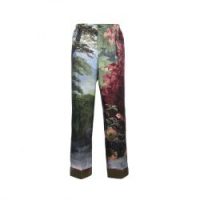 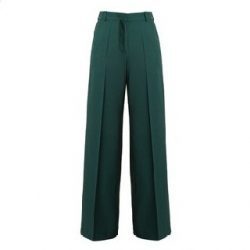 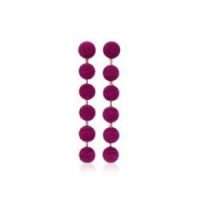