Marchesa Luisa Casati, socialite, patron of the arts and infamous bon viveur – plus one of the 20th Century’s most shocking ones at that – declared once, “I want to be a living work of art.” In a trailblazing life lived to the absolute max, she more than delivered on that promise. An heiress famous for wearing live snakes as jewelry, for her diamond leashed cheetahs and for her life of scandalous excess, she is still one of the worlds most cited muses. A source of inspiration for everyone from Man Ray to Cecil Beaton during her time to Galliano and Tom Ford since, her distinctive and unapologetic approach and to life and style was – and is –unrivalled. Luisa Casati was not born to infamy. The daughter of a rich Italian nobleman, her parents died when she was young, leaving the 15-year-old as one the country’s richest heiresses. In 1900, aged 19, she married Count Camillo Casati Stampa di Soncino and had a child, Cristina. And so it was that, up until this point, Marchesa Luisa Casati fulfilled the expectations laid out before her, living the typical life of a rich European aristocrat. It was whilst on the aristo circuit, however, that she met the Italian poet and lothario Gabriele d’Annunzio. The two became lovers, with the notoriously debauched Gabriele introducing his new muse to a whole new world, one of decadent parties and artist filled salons, of outrage, intrigue and scandalous behavior. The Marchesa never looked back. Over the course of the next 30 years, she dedicated herself to decadence. She cultivated a dramatic look – her tall, skinny frame topped with bright red dyed hair, bleached skin, red lips and kohl rimmed eyes. She was photographed by Beaton, painted by Augustus John and Giovanni Boldini and sculpted by Jacob Epstein. A patron of the Ballet Russes, she held court at her outrageous soirées in Grecian Fortuny or a sheer sheath dress worn with nothing underneath, whilst her guests were waited on by countless servants – themselves often naked and gilded in gold leaf. Her jewels were by Lalique (she is said to have inspired Cartier’s Panther designs,) her pets were cheetahs and boa constrictors (the snake once escaped during a stay at the Ritz in Paris,) and the stories could not have been more scandalous. This life of excess was lived out across Europe as the Marchesa flitted from Rome to Venice, Paris to London. For a while during the 1920’s, she took up residence in Capri, and it was here that we came across her, resplendent in all her eccentricity at the cliff top Villa San Michele, once the island’s most famous villa and now a much-visited museum. At KOTUR we have taken inspiration from the island in all its glittering, sun-drenched glory for our Spring Collection, and, for a time in her life, the Marchesa did too. She rented it from its owner Axel Munthe, installing herself in spite of her landlord’s frequent attempts to evict her. With its sweeping views of the town, the whitewashed villa and its lush gardens full of ancient Roman and Egyptian artifacts was the perfect spot for a woman who dealt in drama – the villa’s Egyptian granite Sphinx was a particular favorite of hers. During her time there, she transformed the place, arriving with her own band of servants and redressing the rooms to her taste. She covered the mosaic floors in animal skins and black carpets, the walls with golden curtains and dark velvet drapes. One guest was the writer Montgomery Compton Mackenzie, who recounted of a visit, “There was a golden gazelle on each side of the heavy door that was opened by a servant, clad in blue velvet tails and breeches. The Cisisbeo fluttered around the entrance hall to announce that the Marchesa was ready to receive me; we shortly would be having tea in the pergola. I continued to the drawing room and went in. Surprise is not the right word for my reaction when I saw my hostess lying on the large bearskin rug in front of the fireplace without a stitch of clothing.” 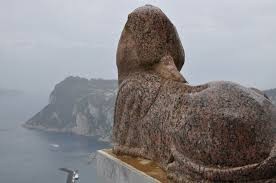 All this excess ended up getting the better of the Marchesa in the end, who, having made her way through her fortune, died penniless in London in 1957. She was buried alongside her taxidermied Pekingese, wearing one of her beloved leopard print creations and a pair of her famously distinctive false eyelashes. Her epitaph was taken from Shakespeare’s Antony and Cleopatra, reading, “’Age cannot wither her, nor custom stale her infinite variety.‘ Her legend more than lives on. A Man Ray portrait of Casati dressed as Elisabeth of Austria, 1935 (Man Ray Trust by SIAE 2014) 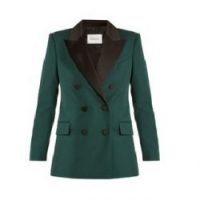 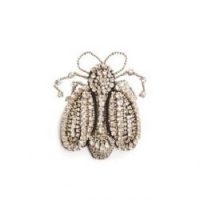 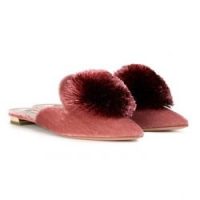 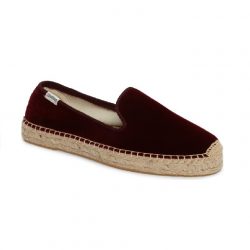